Hi all, first of all I’d like to congratulate my good friend Rob Catton on winning not just a GPT for Manchester this weekend, but also the Leeds PTQ! My own PTQ didn’t go so well, so rather than give a complete tournament report, allow me to flourish my weekend with lolstories.

First of all, Andy Edwards and Nick Sephton arrived in Leeds on Friday afternoon. They’d set off from the Isle of Wight during late morning but after a brief stop at Nick’s parents’ house they arrived tired and very hungry in Leeds. I met them in town to go together for a curry, something apparently pretty lacking on the Island. Each time I saw Nick this weekend he’d be either planning the next curry or enjoying the nourishing effect of the one he’d just finished eating.

After we went back to mine and fired up a bit of MODO. Andy and I were on Jund for the weekend, while Nick was comboing off with curry and judging, so we just ground our list in the tournament practice room. It was basically my list from the last article but with -2 Kitchen Finks, -1 Copperline Gorge and +1 Grim Lavamancer, +1 Liliana of the Veil, +1 Blackcleave Cliffs.

We got a cute read against a RUG Delver player who revealed an Obstinate Baloth early on to an Inquisition of Kozilek. We drew mono-removal so the game dragged on some time. Eventually he just cast one naturally to face down our Bloodbraid Elf. Sensing a disturbance, we run out Liliana of the Veil and it resolved. We ticked it up a counter and sure enough, a second Baloth gets plopped onto the table. A Maelstrom Pulse brought about that wonderful 45-second pause that happens when someone gets levelled on MODO.

Our merriment was soon quelled with a GR Tron deck making turn 3 UrzaTron despite us ripping an Expedition Map and a Sylvan Scrying out of his hand and him starting the game with only one of the pieces. Karn Liberated punished us for apparently not interacting with the game enough 🙁

Soonafter Mark McGovern arrived in town from a jetplane and after a quick takeaway we all settled down for the night.

The PTQ itself was spread around two rooms of the Leeds University Union, with a third room being used for scorekeeping and trading. The first scorekeeper lasted about an hour longer than I did in the tournament and I think dropped more players than I did rounds (I went 0-3). Between TO Mark Hammond and HJ Nick Sephton plus his team though, all obstacles were overcome in a timely fashion and the day went largely smoothly as a result.

I faced UWR Delver, and after one mulligan my opponent turned out to be stuck on a single mana. I don’t run my first Tarmogoyf into a likely Spell Snare  but when I draw a second one I start spamming them and they stick so the game didn’t last too long.

Game 2  I have a few lands but am not able to find a second black mana to cast Liliana of the Veil. I’d no need for multiple red or green manas really, and had upped the Black Mana count over regular Jund lists so I was unable to show him why side-boarding in Gifts Ungiven for Unburial Rites + Iona, Shield of Emeria and Elesh Norn, Grand Cenobite is not a great plan against Jund.

The same thing happened in game 3 and he said he knew it wasn’t great but figured I’d probably have Ancient Grudges for his other option of Isochron Scepter – though I hadn’t brought them in as I didn’t think people were still doing that anyway.

I faced mtgUK regular Brad Pearce who was running a Naya Aggro deck. We’re pretty similar decks only he has Path to Exiles where I have ways to beat combo decks and he honestly destroys me in three reasonable games.

This is the real nice one. Against the start of an Island from my opponent, I make:

My hand at that point is two Bloodbraid Elfs, but only three lands, and due to an accumulation of Tron pieces was being Mindslavered out every turn.

So, for game 2 I bring in a bunch of discard and some Ancient Grudges for some of the less-good removal spells like Grim Lavamancer. My turn 1 Inquisition of Kozilek sees two lands (1 tron piece), 2 Expedition Maps, Whipflare, Lightning Bolt and Grafdigger’s Cage.

Putting aside that this clearly is a man who doesn’t fear Affinity, what on earth does Grafdigger’s Cage do against Jund?

I guess I have those Ancient Grudges, but I can just use the first half to get rid of it anyway. I’m not playing any Kitchen Finks, so I guess all it does it stop the flashback on Faithless Looting, and what are the odds that that’s relevant?!?…

Many turns later and my only creature (BBE) has been Whipflared and my opp has active Academy Ruins, ready to draw into anything vs my 6 lands + 2 more and Maelstrom Pulse in hand. Since I have no pressure I Pulse the Cage and flash back a Faithless Looting, finding only more lands.

I lose soon after and enquire of my opponent why he’d brought in the Cage. He said it’s because he thought I might have been playing Living End.

I’ll give you a moment to parse that one, because the interaction of Living End and Grafdigger’s Cage might not be completely obvious – LE exiles the cards from the graveyard before putting them onto the battlefield so GC does literally nothing against it. Add onto that all the cards I played in game 1, and I was literally flabbergasted. 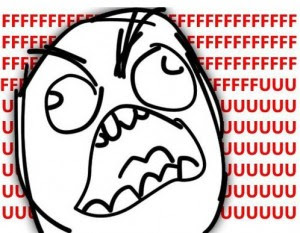 I promptly dropped from the tournament as I didn’t need the PWPs and didn’t want to continue wallowing in the mire of decks that I’d expect at 0-3. I stuck around for the day, catching the end of the Wales-France Rugby match, doing a bit of Cube draft (big thanks Joe Fletcher!), having a beer or two with old friends, and watching the excellent top 8 matches.

It was great to see so many people come to the PTQ in my own fair city and I hope that we continue to see big events here. Thanks to all those who made the trip, to those who organised the day, and to those that continue to provide excellent stories for their opponents!

Thanks for reading, thanks for sharing.

Rob Wagner - May 18, 2011
7
If you're like me and many in the mtgUK chatroom then you like to watch the StarCityGames Open coverage at the weekend. What if there's a deck out there that is good, but unsuccessful - merely because the good players in the coverage don't play it? This deck regularly goldfishes a win on turn 4 and for me has taken 80% match wins.