This week I’m going to be talking about a deck I’m currently playing in Legacy. Whilst the deck isn’t cheap, it incorporates many of my favourite cards and plays, using some unusual suspects you wouldn’t expect to find in a legacy deck. 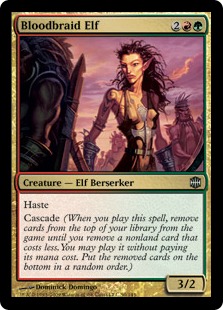 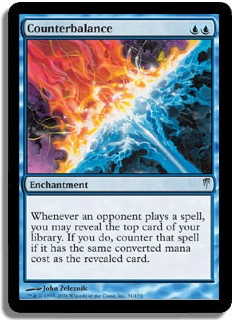 So, what exactly is this deck all about? Simply put, it’s a slow grinding control deck that has a lot of card advantage and card selection that can control the board until it’s time to win.

Controlling the board; obviously we are in blue, so Force of Will makes an appearance, but due to having Bloodbraid Elf as one of my creatures, I couldn’t run other conventional counterspells, which is why I settled on Counterbalance–Sensei’s Divining Top. With these two cards, I can shut down an opponent’s ability to resolve spells, and Force of Will catches anything else I need it to, without ruining any of my cascades. Then we have the removal suite, Slagstorm is excellent at sweeping the board, and works much better than Firespout in terms of Bloodbraid Elf. To compliment this, we have the infinite removal engine of Punishing Fire–Grove of the Burnwillows, which means no two toughness creature is safe. This combo provides a lot of card advantage, a potential win condition and even dodges hate cards like Extirpate, in a format with Merfolk and Goblins running around, this combo seals up games. 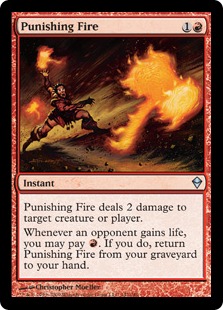 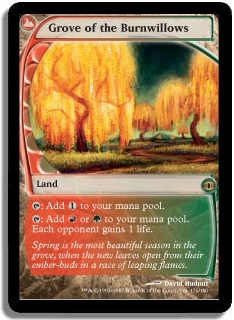 Land Destruction; as you can probably see, there is a slight land destruction subtheme in the build, the Wasteland–Crucible of Worlds combo can shut some decks clean out of the game. In addition to this, Boom // Bust can act as a Sinkhole if needed, by targeting my own fetchland or wasteland then cracking it in response, or as a crippling blow to their manabase that wins me the game provided I have Crucible or Terravore in play. 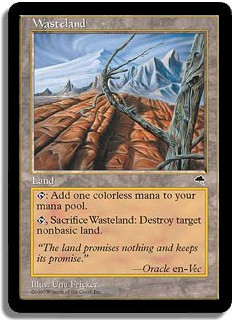 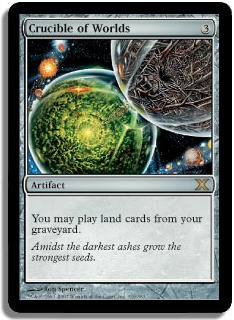 Card Advantage; this list packs a lot of the stuff. From the Punishing Fire combo, and the Crucible-Wasteland combo, we have much more, Jace, The Mind Sculptor can keep the board under wraps, as well as draw me cards, set up perfect cascades and even keep an opponent manascrewed on the way to winning the game. He’s backed up by an unusual card, Guided Passage; I’ll admit I have a soft spot for this card as I love it’s design, but here, it’s actually pretty good too. It works nicely in terms of cascading into it, and every time it resolves, I’ll either get a massive win condition in Terravore, or a card advantage win condition in Bloodbraid Elf, not to mention the other two cards I receive. Being blue, it pitches to Force of Will, and whilst it could have a card like Compulsive Research, I decided the ability to assure board position and a win condition from casting it was the better choice.

Winning the game; this is something I get round to eventually with this deck. Sometimes I’ll grind out a win through Jace, The Mind Sculptor or even Punishing Fire, but with the amount of card selection here, I can often find and roll out my creatures whenever I need to, setting up cascades of Bloodbraid Elf into Terravore ends games very quickly. When playing this deck, I always stop my opponent before working on my own game plan, is this spell of theirs a problem? Can I kill it with my removal? If not, then I think about countering it, but I never use spells to protect my own win conditions unless it’ll win me the game that turn. A question I often get, why no Tarmogoyf? Simple, I only have space for three big beat sticks, and I’m in no hurry to cast them, so the low converted mana cost of Goyf doesn’t help me, and Terravore often ends up much bigger as well as having trample to stop chump blocks from things like Bitterblossom. 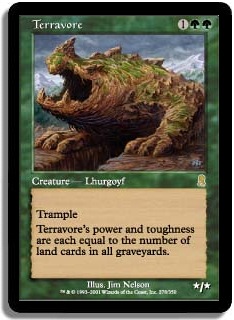 The Sideboard; pretty obvious choices here, Ancient Grudge and Trygon Predator are good hate for Affinity, as well as Staxx, Counter-Top, Stifle-Nought, etc. They are staples in a lot of sideboards for many reasons. The Slagstorms provide extra sweepers if needed, for decks like Merfolk and Goblins, as well as Zoo decks. Sower of Temptation is a better answer to big creatures than my current main deck strategy of Jace, Force and Counterbalance. This extra insurance for stealing big creatures can often turn games. And as anyone knows, the premier combo deck in Legacy at the moment is Dredge, so packing Tormod’s Crypt seems like a good idea, obviously I couldn’t run Relic of Progenitus due to my Punishing Fire and Terravore.

How this deck fits into the metagame; Merfolk and Goblins are of course two decks you cannot miss at a large legacy tournament, and this deck boasts very good match ups against both. Along with solid game 2’s and 3 against decks like Affinity and Dredge, it seems less than ideal against ANT and Burn, but generally has a solid plan for most decks it comes across in the format.

Thanks for reading and thanks for sharing.

Crucible of Words – Valakut the Modern Pinnacle by Cyrus Bales

Cyrus Bales - September 27, 2012
0
Hello, for those of you living under a rock, Valakut, the Molten Pinnacle has recently been unbanned in modern; so it's time to see how to put the card to use.